"It's okay. It'll be alright now... Aiden isn't scared of them anymore."
—Jodie, talking to Nathan

First Night is the eleventh (chronologically the third) chapter of Beyond: Two Souls.

Jodie's first night at the DPA lab with Nathan Dawkins and Cole Freeman.

The chapter begins as Susan and Philip Holmes, Jodie's foster parents, leave her with Nathan Dawkins and Cole Freeman, in order to find out what has been plaguing her. Philip is distant as Susan fondly says goodbye to her, seemingly genuinely regretful she has to leave her.

After they leave, Jodie changes into her pajamas, and retires to bed with a flashlight and her stuffed animal, Bunny Gruff. Having a hard time falling asleep, she asks Aiden for a story, who uses the flashlight to make shadow puppets on the ceiling. She quickly falls asleep.

However, the lights immediately start to flicker, and monsters drag her from bed, attacking her. Cole, asleep behind the one-way mirror, is oblivious. Aiden awakens Cole and fends off the creatures long enough for Cole and Nathan to burst into the room to find Jodie scratched and bruised, and the furniture haphazardly strewn about.

The chapter ends as Nathan embraces her — Jodie assures him that it would be fine from now on, as Aiden is not afraid of the monsters anymore.

Should the player to decide not to protect Jodie, Nathan and Cole will burst in. Instead of sitting there silently, she will move back and forth in extreme fear. Cole says that it might be over. Jodie tells Aiden that he can beat them, that she knows he can, and to never leave her alone anymore.

Entities Apprentice - When Jodie gets attacked by the evil entities, take control of Aiden and defeat them all until Cole and Nathan comes in. 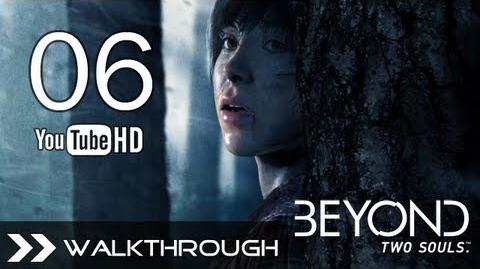